FundamentalForums.org Has Now Been Exposed as a Smear Campaign Op

This website is a smear campaign operation run against Dispensational Baptists and KJVO groups.

UGC played along with these forums for a sufficient amount of time to make sure we had enough evidence to prove this.

Your actions clearly demonstrate that the primary purpose of these forums is to smear campaign the very Baptist churches / colleges on your front page and misrepresent their doctrines.

Rhetorical question:
Wouldn't normal Christian forums make 85% of their threads about Churches / Colleges they actually support and share beliefs with?
Instead you make 85% of your threads titled with the names of literal Churches / Colleges with the sole purpose of smearing them?
Meanwhile calling yourself a "Fundamental Baptist" forum while now trying to be slick in an attempt to redefine "fundamental" with your Globalist New Age Satanic ideologies like "there is only one race: the human race" and blatantly obvious Ecumenicalism?

This forum is a smear campaign op falsely advertising itself as a "Fundamental Baptist Protestant" Forum by very name and description on the 1st page of search results when "Baptist Forums" is Googled, while attacking every Fundamental Baptist Church / College listed on your forums. This is so incredibly obvious. You guys should have done better.

This account has nearly 700 post interactions in which we played along long enough to prove all of this beyond a shadow of a doubt. Lying about what Denominations believe, lying about what Dispensationalist camps believe, lying about numerous other things, Admins supposed to be Christian leaders literally accusing posters of being "baby rapists" in a blatant and obvious campaign to relentlessly smear all of these targets, while attempting to represent them by title, name , and description.

If you're going to pretend to be Christians hiding behind fake usernames on the internet, at least try to learn what they actually believe first.


Let it be known, in the world of Christendom, UGC kicks butt and takes names.

Now, I would like to direct you to the comments below, where the obvious non-Christian responses will be apparent:

LOL! UGC smears us about being a smear campaign!

UGC said:
"Fundamental Baptist Protestant" Forum by very name and description on the 1st page of search results when "Baptist Forums" is Googled,
Click to expand...

Jealous of our Google position?!
Don't forget about "fundamentalist forums" We are #1

FSSL said:
LOL! UGC smears us about being a smear campaign!
Click to expand...

The supposed "owner" of these forums responds as only a child would. And certainly not like any Christian.

An all-caps "LOL exclamation point" is your immediate response to your own forums being brought into such serious question?
Do you have any idea how many people attend and or work for those Churches / Colleges you're misrepresenting and smearing in here?

Is this all just a big laugh and a game to you?
There is no accountability on these forums.
Additionally this website is a blatant false advertisement.

You yourself reached out to UGC and asked if you could put our banner at the top of your forums under said false title and name, falsely representing all of those Churches / Colleges in addition, and as soon as you put our banner up at the top of your page you and all your cohorts began relentlessly smearing us and every Baptist doctrine we hold to in the threads directly below it, creating 10's of threads, back-to-back, with nothing other than the purpose of smearing, lying about, misrepresenting, and attacking us and all those sharing our doctrinal beliefs.

You have been exposed. This is an amateur operation. You made it way too obvious.

UGC came in to clean house, and that's exactly what we did.

UGC said:
An all-caps "LOL exclamation point" is your immediate response to your own forums being brought into such serious question?
Click to expand...

It's only a serious question if the accusation was leveled by a credible witness.

UGC said:
The supposed "owner" of these forums responds as only a child would. And certainly not like any Christian.
Click to expand...

My hair is above my ears and I am wearing a collared shirt.

Remember folks, one of the most powerful psyop deflection tools is humor. This is the internet. It is a ripe breeding ground for deception and such operations. Don't trust what everyone says, look into it for yourselves.

What these criminals are doing is not funny. They are terrified which is why they are pretending to hide behind humor at this point.

UGC said:
An all-caps "LOL exclamation point" is your immediate response to your own forums being brought into such serious question?
Click to expand...

If only it were being brought into question by a serious person. 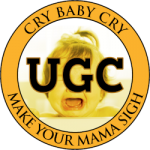 Hey guys, I recommend studying up on Christian culture the next time you try another op like this.

Christians do not respond the same way as the lost world does to humor deflection. The rest of the world may buy that tactic, we don't.
We take our faith seriously, and when supposed Christian leaders behave like this when called into question,
it doesn't make everyone laugh along with you, it exposes that you have no clue how to act like an actual Christian.

UGC said:
We take our faith seriously
Click to expand...

If only we took you seriously.

And again I say, LOL!

You stole that name from another organization. I gave you free advertising because I thought you were actually doing a good work! As I noticed your posts were definitely unorthodox, based on the Satanic teachings of Ruckman and just plain absurd, I removed your free ad.

Why would you name yourselves after another Christian organization?

FSSL said:
You stole that name from another organization.
Click to expand...

There are many Underground Churches. We are a Podcast, not even an official church.

Notice his immediate attempt to deflect the attention off of himself and these forums to shift the focus instead onto us.
Immediately after his humor deflection tactics were called out.

This guy is an amateur. He's clumsy and too textbook. I wouldn't be surprised if he was funded by someone like Soros and friends to keep this place going as a front to misrepresent and confuse people searching about topics like Dispensationalism and KJV-O to keep their New Age-infiltrated megachurch system compromised by massive amounts of $$$ going. Obviously these topics are a major threat to the kingdom of Satan and have been under relentless attack in recent years, even to the point where many have bought the lie that Dispensationalism was invented by Darby in the late 1800's. What a joke.

Both James and Abraham of UGC, who have years of experience with research and analysis at the highest professional level, are in agreement here: this website is compromised at best, but either way runs as a smear campaign op against the very Churches / Colleges it's feigning its name under. Trying to redefine "fundamental" to include blatantly obvious New Age and Theosophical doctrine. You guys are jokes.

UGC said:
I wouldn't be surprised if he was funded by someone like Soros and friends to keep this place going as a front to misrepresent and confuse people searching about topics like Dispensationalism and KJV-O.
Click to expand...

Yes. I met George (we are on a first name basis) in Bible college. He liked the fact that I minored in Greek. We were able to talk in code. He spoke in Hungarian and I spoke in Greek. Good times!

Back in 1984, we were discussing the impact Google would have on fundamentalism. I purchased the domain name for $1,250 and set up a server in my Airstream. I chose the Airstream because it is like a faraday cage and protects the server from spikes. I can also move the server to remote, secure locations.

Charles Ryrie spent a week with us! What a ham! He was so nice that George gave him money to publish his Study Bible.

Now, here we are... at the top of Google! Soros made sure that happened and every year we get together for libations and discuss our favorite FFF characters.

Now back to humor deflection again now that redirecting the blame failed.

You can't teach an old dog new tricks, especially if he's not worth much. This guy apparently only has 2 that he switches back and forth between. You're like an NPC.

Hey FSSL. It's over. You and your forums have been exposed. Change the name to "Ecumenical Forums" or be a laughingstock by all not posting (that means everyone besides your grand total of 4 cohorts posting here).

UGC said:
Remember folks, one of the most powerful psyop deflection tools is humor. This is the internet. It is a ripe breeding ground for deception and such operations. Don't trust what everyone says, look into it for yourselves.

What these criminals are doing is not funny. They are terrified which is why they are pretending to hide behind humor at this point.
Click to expand...

Irony..... You joke and mocked more than most.

It was your conspiracy theory. I just filled in the blanks.
George Soros! Bwahahahahahahaha!!!!

treasure_unseen said:
You joke and mocked more than most.
Click to expand...

Don't compare UGC's outstanding jokes to what these guys are doing.

Ours are always in the context of sharing well-informed information, and only in response to the lying smear campaigners here doing the precise opposite of that: they've functioned solely and consistently as distorters of information. We call these disinfo agents.